The White Hall, Arkansas Chamber of Commerce is the leader of and catalyst for plans, strategies, programs and services that promote a favorable business climate, improve the quality of life, and support the orderly growth and development of our city.

"The City of White Hall prides itself in being a Quality of Life community. With top-notch schools and exceptional public safety, White Hall stands out as a perfect community to enjoy everyday living."

"The role of the White Hall Chamber of Commerce shall be to encourage business to work together for economic growth and success in the White Hall community and to continue to project a positive image."

Here are a few quick facts about our community:

• Incorporated in 1964     • Population: 5,526 (according to the U.S. Census Bureau, 2012 estimate)     • Land area: 6.98 square miles     • Ranked 7th best city in Arkansas to raise a family by Homesnacks.net.     • A Safe Choice Security study lists White Hall ranking 4th in the state in the top 10 safest places to live in Arkansas.              • According to SafeWise.com, White Hall was voted as one of the top safest cities in Arkansas, coming in at number 11.      • Cities of Distinction Award in the category of Tourism Development in the population category of 5,000-20,000.     • Ranks 2nd in Arkansas in Median Household Income among cities with a population of 5,000 or higher (according to the U.S. Census Bureau) Note: Many cities claim to have high incomes by using their metropolitan area. White Hall bases its numbers on residents who live within the corporate city limits, not the surrounding area with the same ZIP code.

Listed as the 6th best city in Arkansas for young families and ranked 4th in the top 10 safest places to live in Arkansas.

The school district is one of the best in the area in terms of test scores and teacher preparedness.  The police and fire departments work together to ensure total community safety at all times. Come experience Quality of Life the White Hall way. 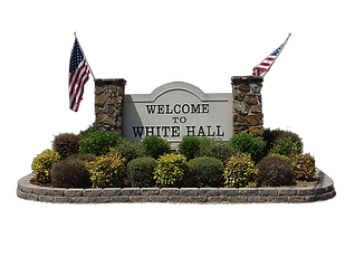